An invasive species is one that is not only non-native to a region, but escapes cultivation and damages local ecosystems.  They  out-compete native species and disrupt the food web, causing harm to the environment, economy, and human health (such as water quality and increased populations of pests like ticks).

Once you get to know the more common invasive species, you start to notice them everywhere. One prevalent example is English ivy. When you see that plant wrapped around the trunks of trees, crawling over branches, it’s killing that tree. Not very charming, right? Learn a simple way to remove English ivy here.

As more people learn about the havok invasive plants wreak, groups are coming together to take action. Invasive strike teams here in New Jersey and across the country do the challenging but important work of  identifying and removing the plants to protect our ecosystems. There’s even an app for reporting invasives in New Jersey.

Still, it never ceases to amaze me how many of these plants are still widely available in garden centers and used by professional landscapers. Bad habits are hard to break, and some species simply look familiar to homeowners who have no idea about the damage caused.

That’s changing, however, as interest in protecting the environment and planting natives grows. You can do right by wildlife and your local ecosystem, and encourage your neighbors to do the same, using these native alternatives to invasive species.

Here, we provide lots of examples of native plants that share certain visual characteristics with a common invasive, starting with English Ivy. Give some of these beautiful native alternatives a try. Not only will wildlife be happier, I think you’ll end up preferring them too.

If you like English Ivy, a reminder of classic English gardens that really just strangling everything it climbs, there are a ton of alternatives you’ll love:

Our native pachysandra is a great alternative to invasive ivy

An evergreen groundcover that does well in shade but does need moisture.  And guess what – this is a great alternative to Japanese Pachysandra too!

This is an evergreen groundcover that produces masses of yellow spring flowers that bloom from April through October. You can divide larger clumps to cover more space over time.

One of our favorite spring bloomers, foamflower has lovely, ivy-like leaves and beautiful white and pink spiked flowers in the spring.  This one spreads nicely to form masses in shady areas, but it is not evergreen like ivy.

This groundcover has lovely heart-shaped leaves, but it does die back in the fall. In the summer, though, the butterflies love its small brownish-red flowers and it hosts the Pipevine swallowtail butterfly. 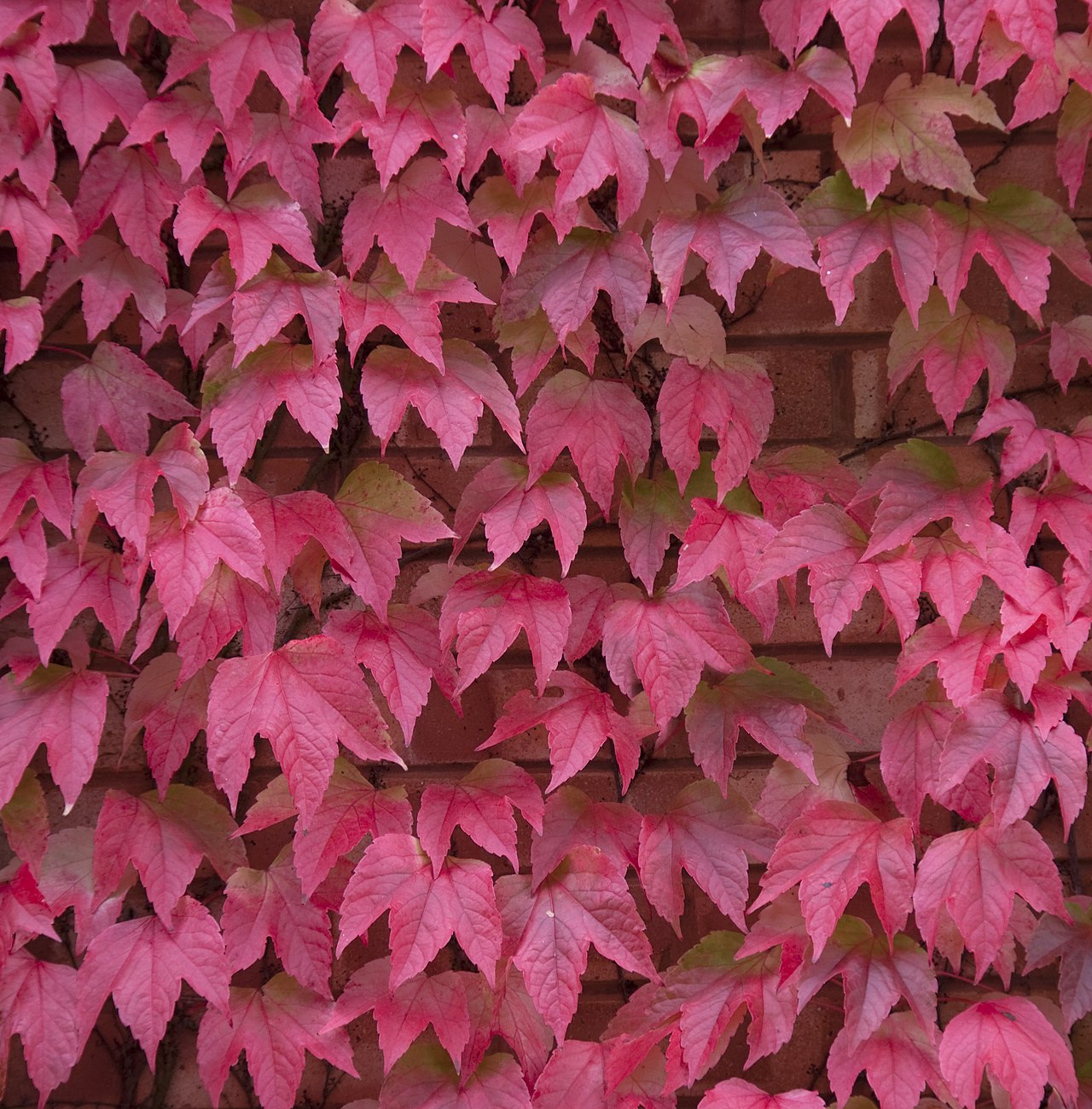 Virginia creeper in the fall

This baby is aggressive like ivy, but will not kill the trees it climbs. It also has vibrant fall color just as other plants are fading, and it is very wildlife friendly.  Plus, if you let it climb walls, it won’t damage masonry like ivy will.

Here’s a great semi-evergreen groundcover with bright flowers that thrives in sun or part-shade. 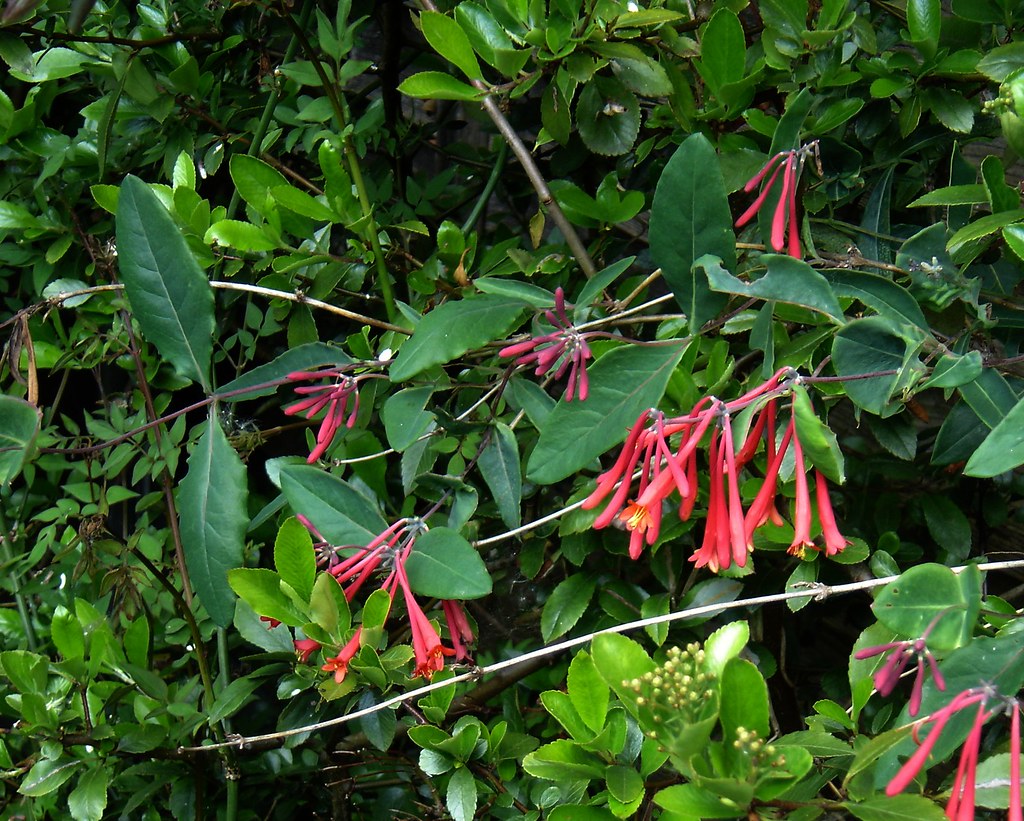 This stunning hummingbird magnet will have you wondering why the heck our native honeysuckle wasn’t enough for settlers ;-). A vine with blueish-green leaves and coral flowers are not as fragrant but are way prettier in the garden than the invasive variety. 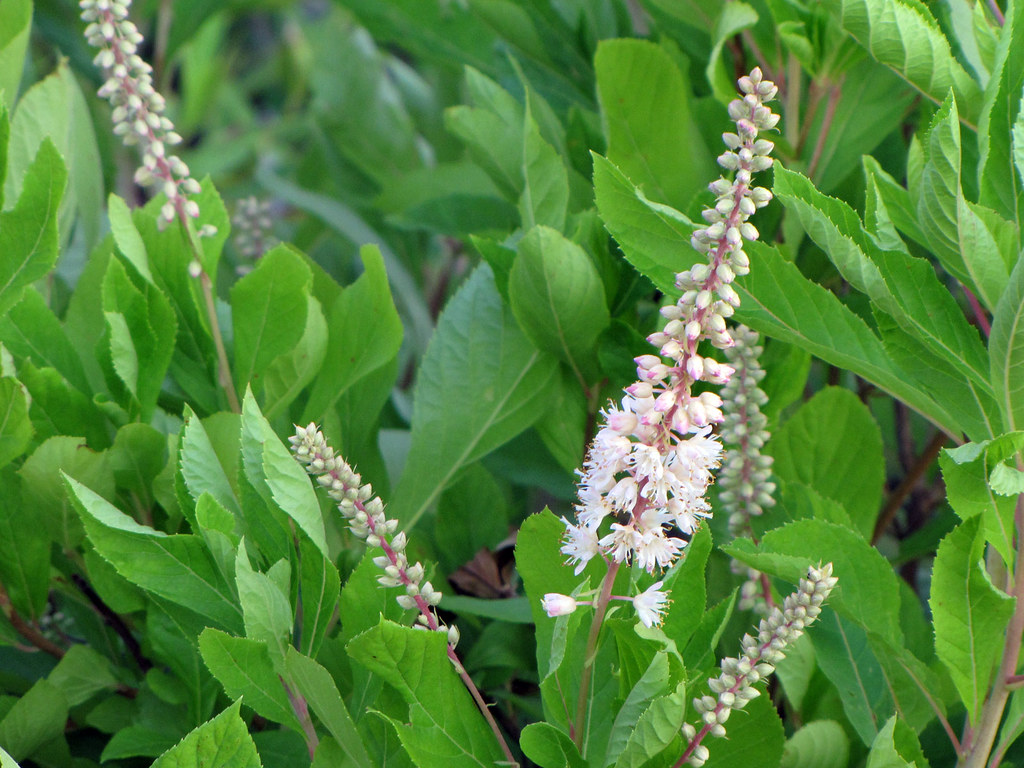 This shrub does well in sun or shade, and has spike-shaped flowers which attract a ton of pollinators.  Or if you have a large space and want to go bold, how about a Bottlebrush Buckeye (Aesculus parviflora)?  It’s a southeast native that will form a large thicket, about 12-15 feet across, and you won’t believe how many butterflies you’ll find on its dramatic flowers.

Shocking that there’s a native variety rarely sold at garden centers, right? This is such a clear example, like coral honeysuckle, of the insanity of replacing native varieties with destructive species. 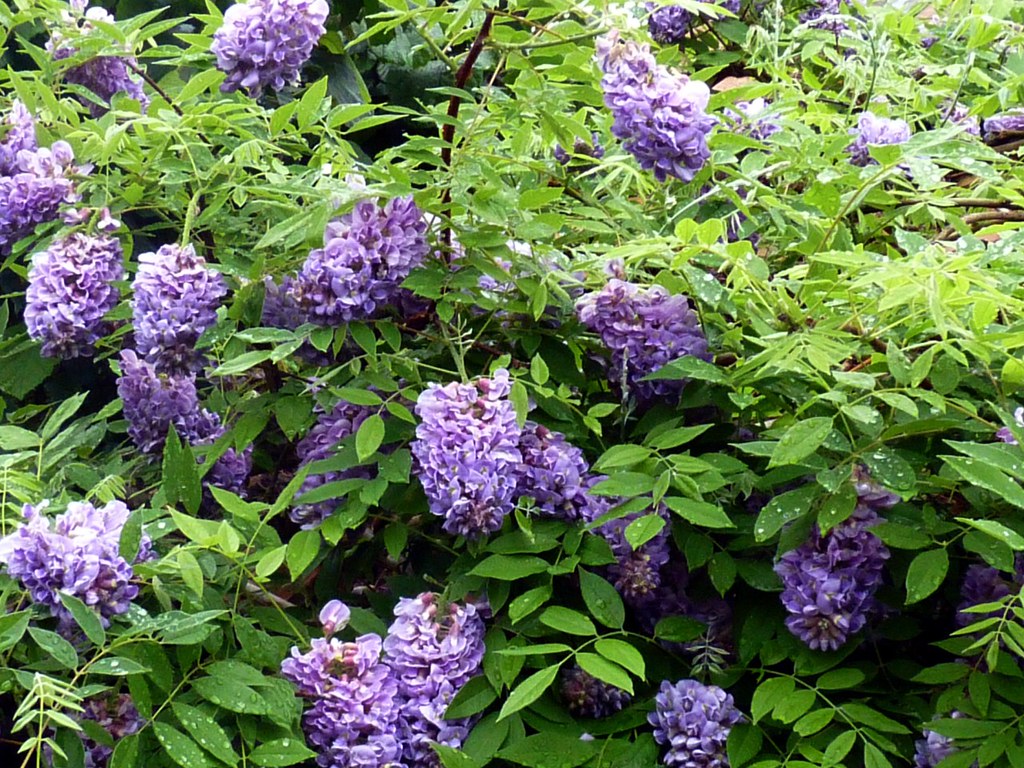 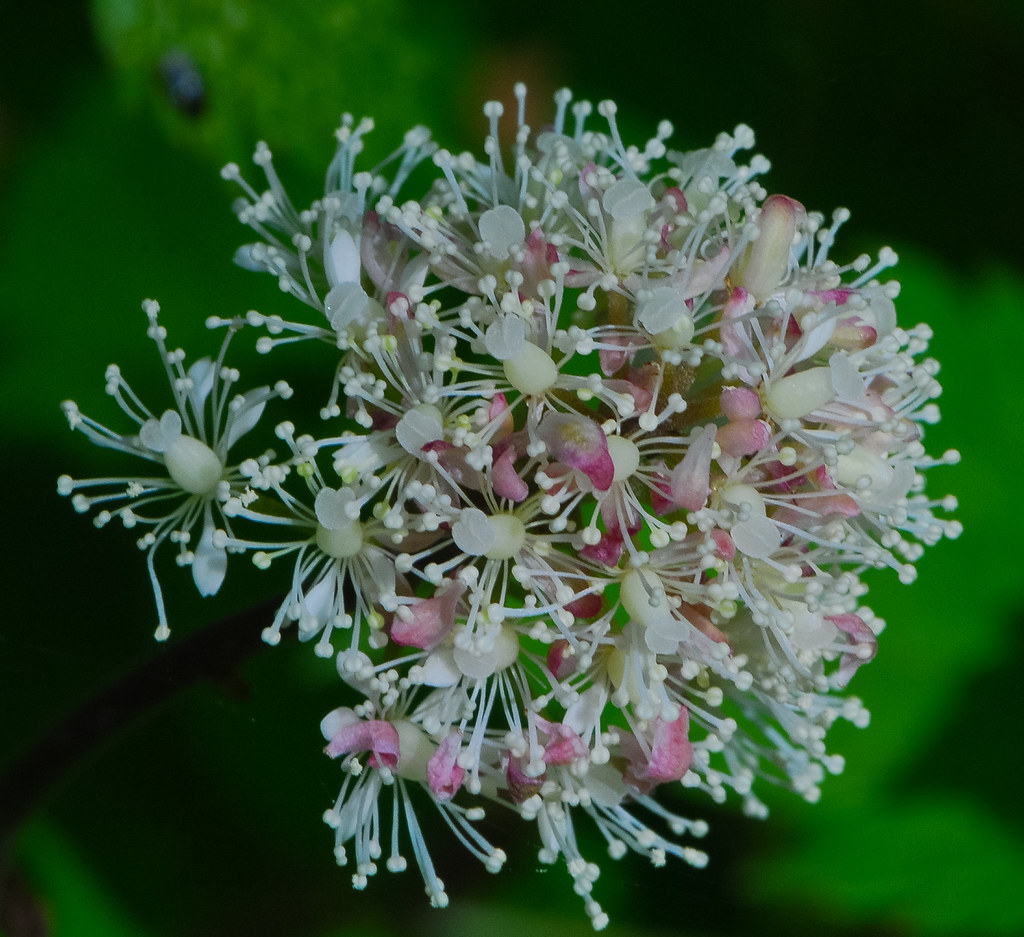 This nitrogent-fixing low shrub is a similarly shaped native alternative to spiraea. It was coined “New Jersey tea,” because it was a (caffeine-free) substitute for tea during the American Revolution. 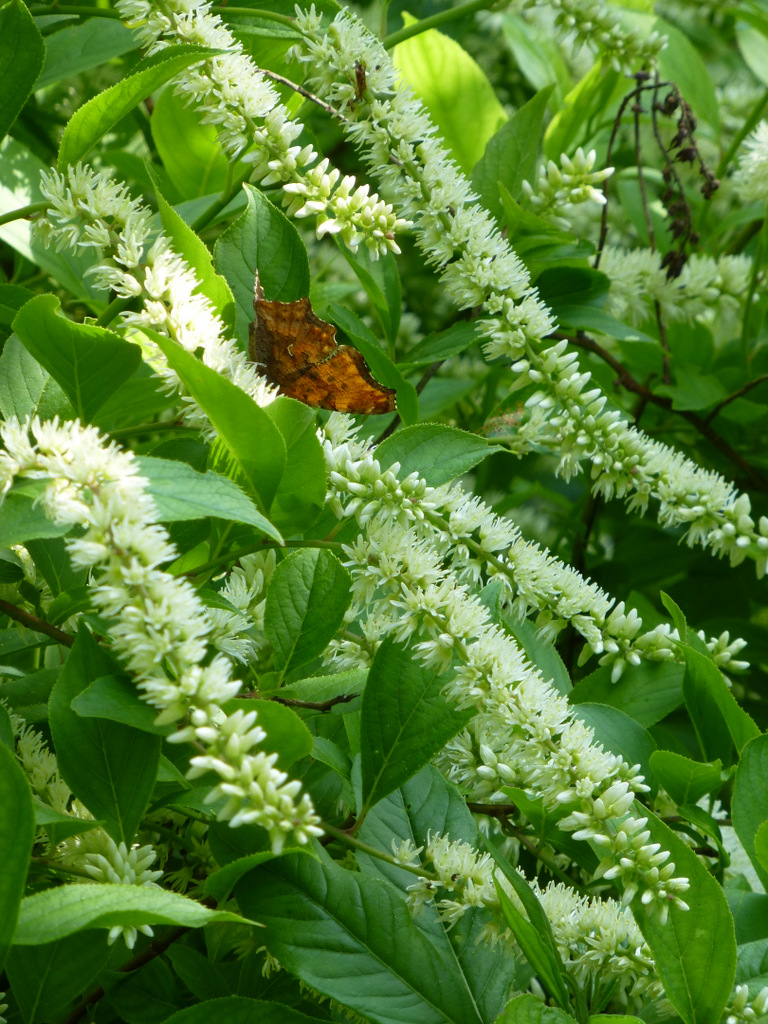 These are best planted in masses, and can grow to 8 feet tall with small, white flowers that boom into 4-inch spires, though more compact cultivars like ‘Henry’s Garnet’ will work for smaller spaces.

While most of the exotics on this list are a problem partly because they don’t support wildlife, barberry has been shown to serve as excellent habitat for a certain kind of wildlife – the species of tick that carries Lyme disease.

Thankfully, there are a lot of superior native shrub alternatives to consider: Ninebark (Physocarpus opulifolius), Winterberry (Ilex verticillata), Dwarf Witchalder (Fothergilla gardennii), and the aforementioned Sweetspire and New Jersey Tea. Barberry is a plant that is everywhere, and the only plant I really encourage people to rip out immediately if they have it in order to reduce tick habitat. 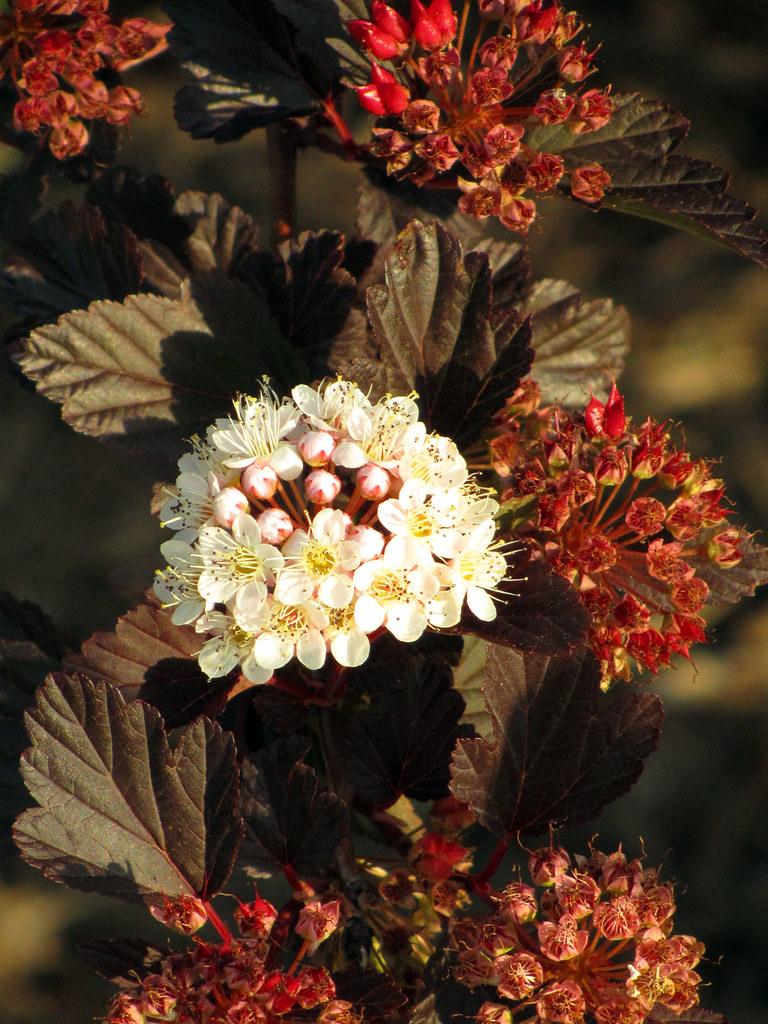 These popular street trees might have nice spring blooms, but they’ve colonized many of our woodlands open fields.  Serviceberries (Amelanchier spp.) definitely fit the bill as a great native alternative, and you’ll get edible fruit to boot.  Eastern redbuds (Cercis canadensis) are a gorgeous alternative as well.

There’s a world of fantastic natives out there if you decide to branch out from those boring big box garden center invasives. And if you need help tracking down any of these or planning out your own sustainable yard, contact us.