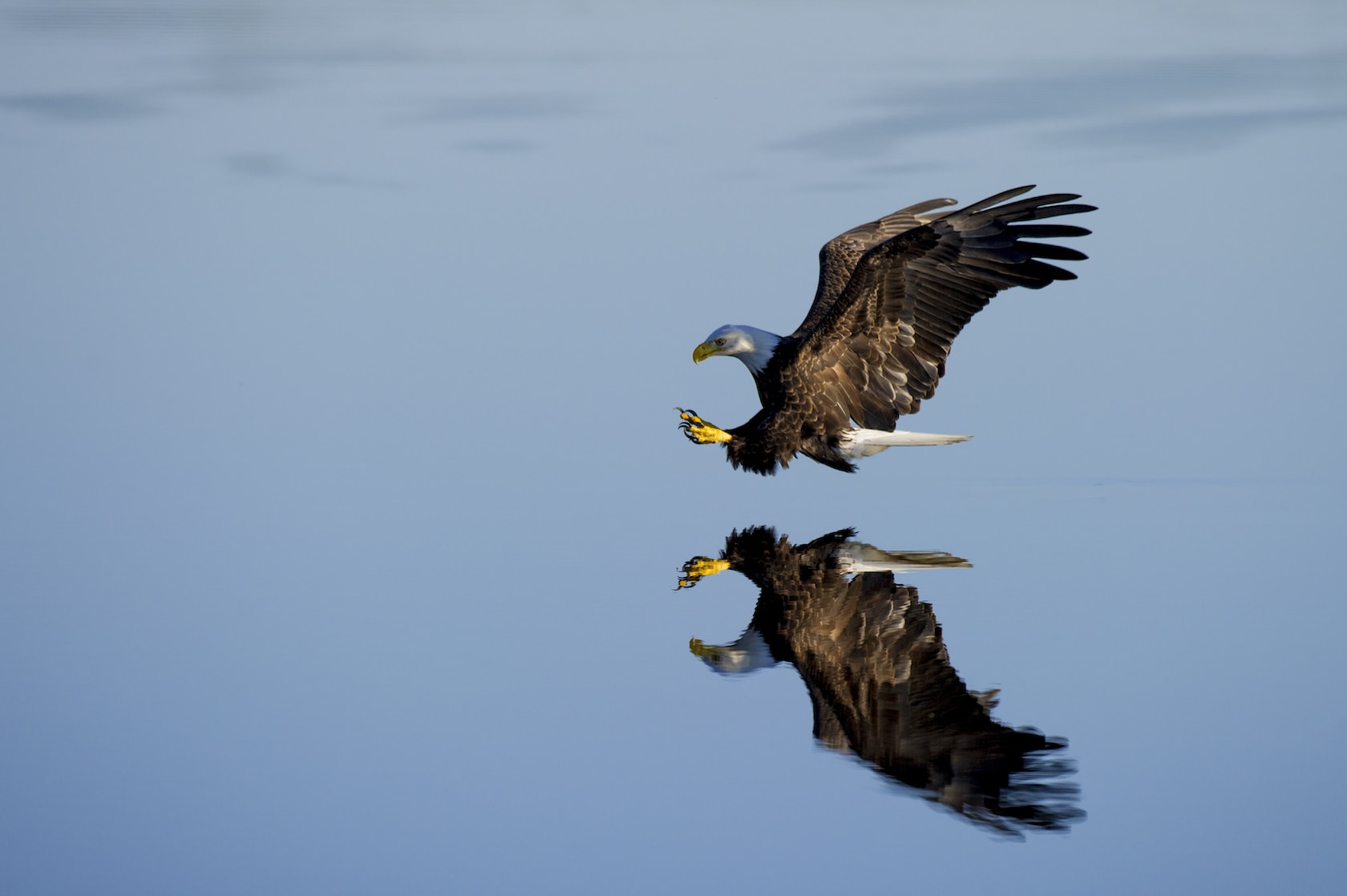 In the years since starting Wild Roots, we’ve often mentioned the long-term negative impact modern Americans (dating back to European settlers) had and still have on the degradation of local ecosystems. Invasive plants, extensive lawns, a lack of connection to or understanding of the natural world. It’s impossible to talk about how we got here — a country where 40 million acres of lawn and 4 million miles of paved roads smother natural lands where native plants once flourished — without mentioning the cause.

But while our focus is and has always been on plants and repairing the earth starting in our own backyards, there’s a key element to this story that’s been missing here: the Indigenous people who protected land and waterways for generations, cultivating a deep understanding of the gifts from nature and sophisticated land management methods still referenced and used to this day. They are the original stewards of this land.

Lenapes, mistreated and misunderstood for hundreds of years, center their lives, culture, and spirituality around a reciprocal relationship with nature. They had and still have the wisdom many of us are just now beginning to seek, and have been on the side of the environment since the beginning, standing up against the terrible things humans do to our natural world: pouring chemicals into lakes, poisoning the land, ignoring rather than supporting native flora and fauna, blowing up mountain tops, and the list goes on.

The Lenape who tended the ground we stand on today rarely (if ever) come up in conversations about native plants. Most books in our own library are written by white people, descendants of settlers, and feature gorgeous, sprawling private properties where people (thankfully!) are dedicated to restoring the local ecosystem — restoring it to regain what was lost after that land was taken. The people part of that history is a more difficult one to learn (or unlearn) than the benefit of a native plant. But the difficulty of coming to terms with truth isn’t even comparable to the pain that mistreatment in the form of the original sins and ongoing erasure continues to cause. It’s part of the story worth including.

We’re going to try our best, knowing we might fail in ways, to acknowledge the Lenape as part of the region’s natural history. We already know that us telling the story isn’t the right approach. We encourage our readers to seek out and listen to Indigenous voices on the topic, and share them with us!

Note: Much of this comes from the Environmental Resource Inventory Tim researched and wrote for the Borough of Collingswood and is available on the borough’s website.

The Lenape have been caretakers of land in what we call Delaware, New Jersey, Eastern Pennsylvania, and Southern New York for over 10,000 years.

At the time of European contact, all of modern New Jersey, Eastern Pennsylvania within the Delaware watershed, and the lower Hudson Valley collectively comprised Lenapehoking, the homeland of the Lenape people. The Lenape lived in autonomous settlements of likely several hundred people along the tributaries of the Delaware and near the coast.

The Lenape of Southern New Jersey spoke the Unami dialect of the Algonquian language, and 17th century European maps indicate a group of Lenape known as the Amakaraonck lived north of Big Timber Creek near modern Collingswood.

The Lenape had a network of trails that crisscrossed the region, including the Manahawkin Trail, which connected the Delaware River near modern Camden to the Atlantic Ocean, roughly along the current Route 70. The Lenape subsisted on hunting, fishing, gathering, and agriculture (primarily maize, beans, and squash). While there was some movement back and forth to different seasonal camps, they were mostly a sedentary as opposed to nomadic society. There is also evidence that they engaged in land management techniques including prescribed burns in order to facilitate both agriculture and game management.

By the time the first Europeans began permanently settling in the Delaware Valley, the Lenape population would very likely have been decimated by exotic diseases encountered during the initial European contact. However, the Lenape retained a measure of control of the region for much of the 17th century, even as Dutch and Swedish settlers began arriving and tussling over territory in the Delaware Valley and Bay. The Lenape regularly engaged in trade with the early Dutch, Swedish, and Finnish settlers of the area, mostly pelts for durable goods. The Dutch built Fort Nassau at the mouth of nearby Big Timber Creek in the 1620s, control of which passed several times between the Dutch and the Swedes.

The English took over New Netherland in 1664, and the portion west of the Hudson River was named New Jersey. Later, a half share of New Jersey was “sold” to a group of wealthy Quakers, causing it to be split into separate provinces, East and West New Jersey. The Quakers began settling the region in the 1670s, though not nearly in the numbers that they eventually settled neighboring Pennsylvania. On September 10th, 1677, a group of commissioners appointed by the ownership group “purchased” all of the lands between Big Timber and Rancocas Creeks, including the land that eventually became Collingswood, from the Lenape in exchange for English textiles and tools.

While New Jersey is referred to as the only state in which all land was purchased from Indigenous tribes, that is just one side to the story. Read this statement from the Delaware Tribe (Lenape were named The Delaware Tribe by the English after an Englishman):

“Many of the early treaties and land sales we signed with the Europeans were in our people’s minds more like leases. The early Delaware had no idea that land was something that could be sold. The land belonged to the Creator, and the Lenape people were only using it to shelter and feed their people. When the poor, bedraggled people got off their ships after the long voyage and needed a place to live we shared the land with them. They gave us a few token gifts for our people’s kindness, but in the mind of the Europeans these gifts were actually the purchase price for the land.”

Over time, Lenapes were forced west toward Oklahoma, where there is still a recognized Lenape nation today. Most descendants now live in Ontario and Oklahoma, however some still live in New Jersey. The state recognizes two groups today: Nanticoke Lenni-Lenape (also known as Nanticoke Lenape) and Ramapough Mountain Indians.

And so there it is, just scratching the surface. White settlers brought with them ignorance about the land and resources it provides, invasive plants, and disease that is thought to have wiped out 90% of the Lenape community.

Indigenous peoples’ positive contributions and the injustices against them continue to this day and their voices deserve a place in the conversation. They set the example long before we all caught on — and not listening and learning from them is our failure.

Just as we suggest that you can join the movement to restore of our ecosystems with a few native plants in your own backyard, change starts with each of us acknowledging and learning about the Lenape people and Indigenous history.

When we join together to repair and heal the ground as another gardening season begins, let’s also honor the people whose land we’re restoring. Let’s start by learning their names, Lenape, and start listening the incredible lessons these resilient Indigenous people are still sharing today.

Indigenous Voices to Learn From and Follow (Work in Progress)

Rather than dig deeper into the we’ll continue to add to our resource section. In this research, we’ve found endless inspiration and also so many examples of suppression of Indigenous voices that continues to this day.

The best place to start is the Nanticoke and Lenape Confederation‘s Learning Center and Museum website, which is rich with history and includes info about the native plants used by the Lenape people.

The Delaware Tribe’s Talking Dictionary, which includes Lenape names for birds, bird songs, plants, and many other categories.

Crystal EchoHawk and Illuminatives, a nonprofit designed to increase the visibility of Natives in American society

Tara Houska ᔖᐳᐌᑴ, founder of Giniw Collective and Not Your Mascots

As Long as Grass Grows: The Indigenous Fight for Environmental Justice, from Colonization to Standing Rock by Dina Gilio-Whitaker

An America Sunrise and When the Light of the World Was Subdued, Our Songs Came Through: A Norton Anthology of Native Nations Poetry, edited by United States Poet Laureate Joy Harjo

National Museum of of the American Indian (Smithsonian)

Native American Voices: The People—Here and Now, a new long-term exhibition at the Penn Museum